How To Travel With Pets During A Road Trip 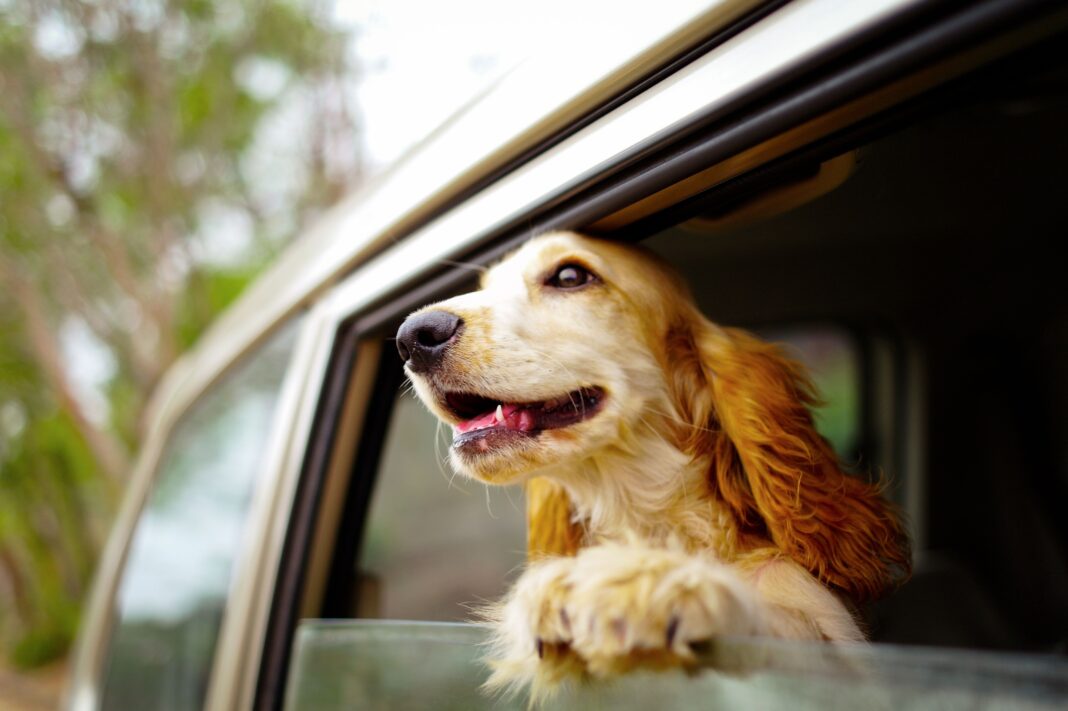 Travelling with either a cat or a dog can be stressful, but also it can be a blast to bring them along if you’re camping or going to a family’s house for the holidays. Most of the times that I’ve had to travel with pets (two cats and a dog) were when I was moving across the country. Multiple states, crammed in a car with animals that were less than thrilled were a learning curve. So I’m here to pass these tips on to you.

Carriers and packing the car I’ve had different pets, dogs and cats alike, who had different levels of tolerance to car travel. One dog loved it as long as he was near us. We at first thought they would be more comfortable if we locked them in a crate, which caused him to bark for twenty miles until we pulled over and let him out. Then we made space for him in the back of the van, where he jumped over all the luggage to sit on the floor next to us. The next day we organized the car in our hotel parking lot to allow the dog to sit next to us for the rest of the trip. 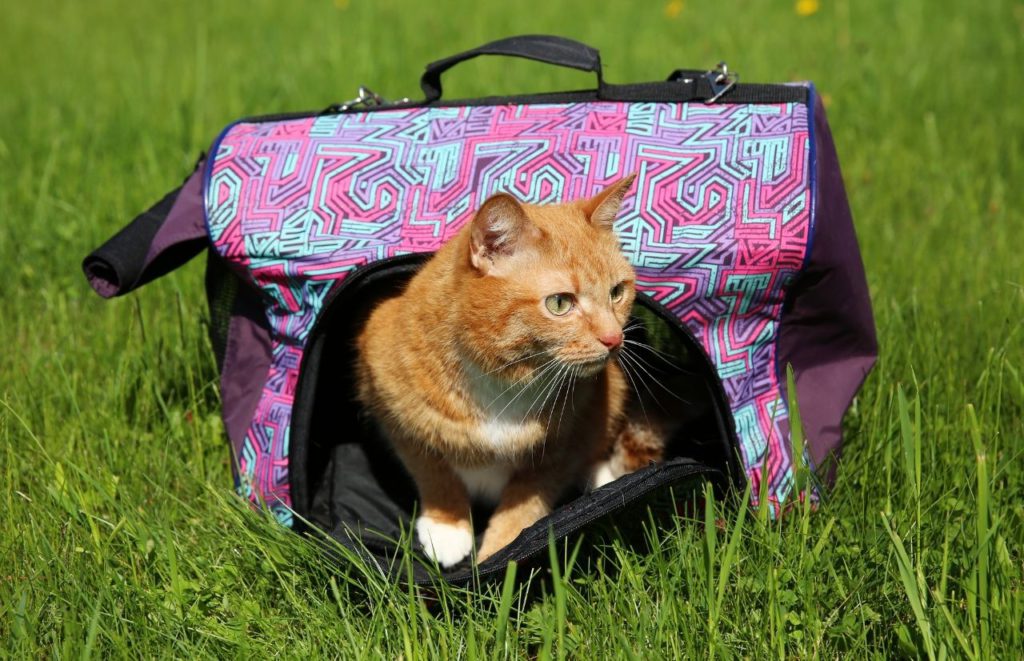 The cats were a different story. One cat wanted to sit in its carrier and was fine as long as you kept it in there so it could pretend it was hiding. Another cat wanted to wander and would become annoyed if you kept it locked away. The one that wished to wander though we had to make sure it didn’t get under the driver’s feet, for she liked to try and get under the pedals.

Whether you keep them in a crate or where you make room for them in the car is up to your pet’s personality. I suggest if you’ve never taken them on a car ride before, take them on an hour’s drive to see how they fare and what they like. I’ve had a cat throw up in my lap before. And if your animal gets car sick I suggest knowing that before you go on a long road trip. 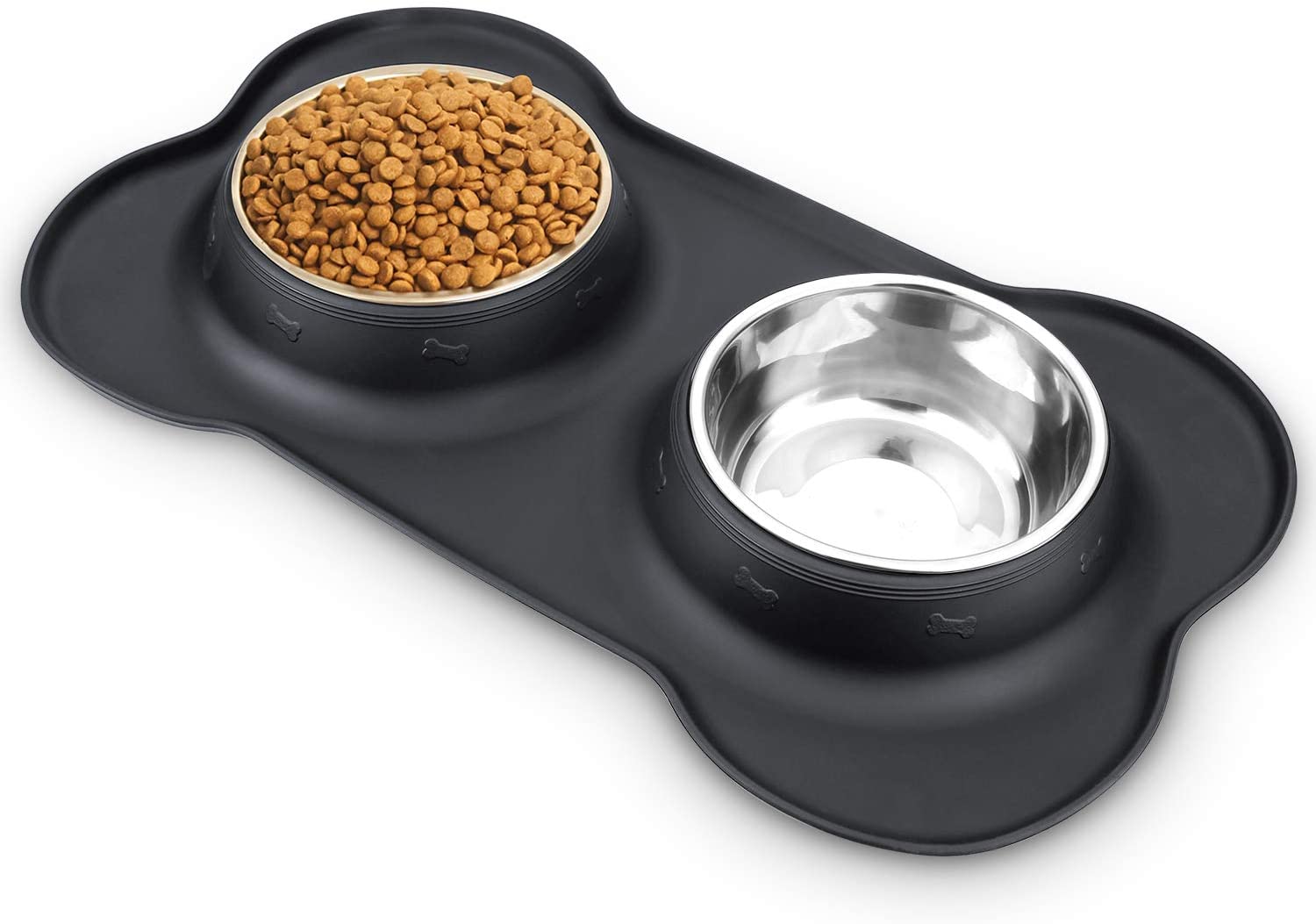 I also suggest bringing along with you your dog’s/ cat’s food and water bowls. If they are large bowls you can bring smaller plastic Tupperware to use. When you stop to let your animals out, I find it’s better for their stomachs, and for their nerves if you offer them water as well. Our dogs wouldn’t drink water out in public unless you poured it slowly for them to drink. Some dogs can be too nervous to drink as well, so don’t worry if they don’t. I know our cats, even though they would become hot, would only drink if you let them sit with the water in front of them for a bit. When you stop, it can also be nice to let your cats out as well. There are cat leashes and harnesses that you can buy so you can allow them to get some fresh air. We had one cat that would meow excessively until you would let them out and show them they were in a different spot and couldn’t just go home.

Cats also have nervous ticks that can show that they’re uncomfortable. They could also be uncomfortable going outside of the car if there are loud noises or a lot of people around them. If you see them panting, or meowing excessively it can just be that they’re nervous. Just keep an eye out so that they don’t overheat in the car. 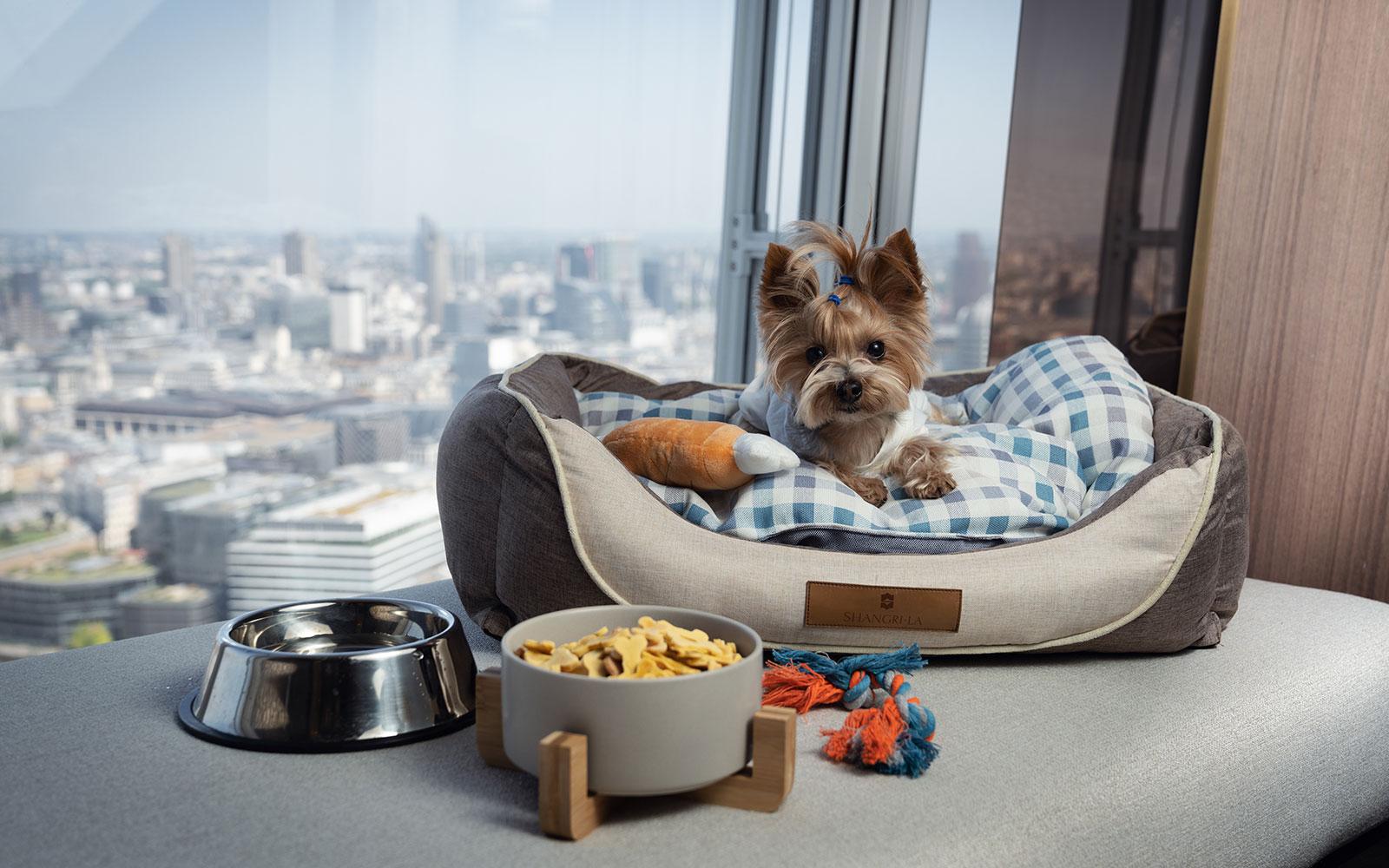 If you’re travelling with pets, make sure to book your hotels ahead of time. Stay Bridges are honestly the best with pets. But other hotels do offer pet-friendly rooms as well. Usually, pet rooms are on the ground floor, near an exit so it’s easier for you to take your pet outside. If hotels offer pet-friendly rooms on any other floor than the ground floor, I suggest only taking a ground floor room. You won’t want to deal with a dog in the elevator with other guests.

For cats, it can be a bit trickier. A lot of hotels don’t want cats in their rooms, for their pee can be hard to clean up if gets on the rugs. We’ve gone to many hotels and only ever told them about the dog, not the cats. It’s easier to sneak in a cat. I would be careful though and watch your cats with a keen eye, for different smells in the room can make a cat want to pee on rugs or bedding to mark their territory. For some cats, you can just close into the tiled bathroom with their litter box if you become too worried about it.

Overall, taking animals along on trips can be an adventure all on its own. Listen to your animals’ needs, for they all can react differently to a road trip and being trapped in a car. But as long as you’re attuned to them, both you and your furry friend can have a fun time travelling together. 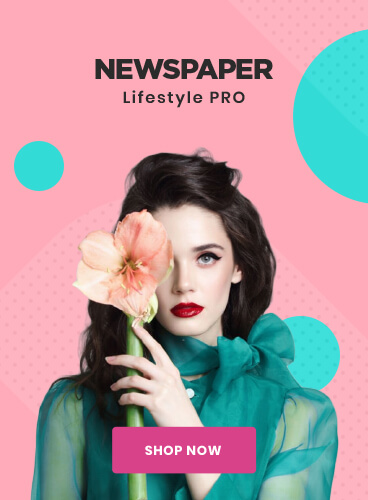